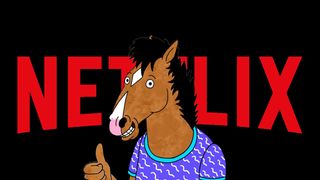 UPDATE: Watch the world's brightest upcoming fashion designers battle it out in Next in Fashion, an addictive reality series hosted by Queer Eye's Tan France and model/designer Alexa Chung. Find out more about the show and which spot it's taken below!

Since its arrival on Australian shores, we've enjoyed unfettered access to all of Netflix's critically-lauded original shows. Not only that, users also have access to a wealth of other licensed material.

If you're like us, you spend a good deal of your time Netflixing. Sure, Netflix also streams movies, but its television output is perhaps the reason most people have signed up for an account. There's nothing quite like firing up Netflix and binge-watching a series at your own pace. Getting instant access to entire seasons of Stranger Things from day one is half the appeal.

This is why we've created the TechRadar guide to the best shows on Netflix Australia right now (in no particular order). We'll keep this best TV show list constantly updated with the latest television shows that you should be watching on Netflix in Australia and also tell you why.

We’ve selected more than 80 great series worth watching over the following pages, but if you've watched 'em all already you can also find out what's new on Netflix this month right here, or cut to the chase with our quick picks for the top trending shows on Netflix right now.

The following list charts the best shows that are currently trending right now on Netflix Australia. For our complete list of shows, which has been separated into genre, continue on to the next page or select your preferred genre from the drop-down list above!

Grand in scale and epic in scope, Netflix's The Witcher series may very well end up being the Game of Thrones-sized hit the service has been looking for all these years. Though The Witcher is a property that's well-known in the gaming world, Netflix's series actually hews closer to the original book series by Polish fantasy author Andrzej Sapkowski. Lending significant muscle and star-power to the series is Henry Cavill, who's clearly having the time of his life as the titular Witcher, Geralt of Rivia. But it isn't just Geralt's adventure, here – throughout the first season of the season, he'll also cross paths with Ciri (Freya Allan), a princess who's lost her parents and kingdom, and Yennefer, a sorceress whose journey has forced her to overcome many obstacles, including her own deformity. While The Witcher is initially slow out of the gate, the show rewards the viewer with a great amount of depth and fantastic action sequences. We think Netflix is on to a winner here.

Meek teenager Otis Milburn (Asa Butterfield) can't catch a break at school, with kids constantly teasing him about his mother (Gillian Anderson) and her profession as a sex therapist. Of course, teens are more vulnerable and inexperienced than most when it comes to sexual matters, so when Otis inadvertently deals out some of the useful advice he'd overheard from his mother to a sexually-frustrated bully, he soon garners an unwanted reputation as the school's unofficial sex therapist. Sensing a potential to make money, Maeve (Emma Mackey) teams up with Otis to help find paying customers amongst their classmates. Now back for season 2, Netflix's Sex Education is a frank and funny series that never shies away from embarrassing truths.

Forget the '90s TV series Sabrina the Teenage Witch, because aside from sharing character names, Chilling Adventures of Sabrina is an entirely different beast. Darker and scarier than that family-friendly take, Netflix's version of the classic Archie Comics character owes a lot more to creator Roberto Aguirre-Sacasa's recent comic series of the same name. Dealing head on with Satanism, demons and other dark subject matter, Chilling Adventures of Sabrina makes for a perfect companion to Riverdale (also from Aguirre-Sacasa), which tends to dabble in death and mystery, too. Of course, the show is quite fun, too, with a terrific performances from Kiernan Shipka (Mad Men) as Sabrina, Lucy Davis (Wonder Woman) as Aunt Hilda and Australia's own Miranda Otto (Return of the King) as Aunt Zelda. Spooky and clever, Chilling Adventures of Sabrina positively ghoulish fun. Now in its third season, the show picks up right after the season 2's shocking revelation that Sabrina is prophesied to rule alongside the Dark Lord as Queen of Hell following an apocalyptic end of the world scenario (we told you this wasn't a family comedy).

Details: 3 seasons, 10 episodes per season (plus one holiday special), 60 minutes per episode

Unlike many other competitive reality shows, Next in Fashion succeeds by celebrating the work of its talented artists and designers rather than resorting to the usual cattiness and forced drama that makes similar shows unbearable. Join Queer Eye's fashion guru Tan France and model/designer Alexa Chung as they set out to find the world's next big name in fashion. It's worth noting that none of the show's contestants are amateurs – each one has dressed some of the world's biggest celebrities and is just waiting for the opportunity that will turn them into a household name. Now, if only Netflix would greenlight additional reality shows for the other members of the Fab 5! Just imagine a home renovation show hosted by Bobby Berk, or a cooking show starring Antoni Porowski...

This darkly funny British series feels like a cross between Thelma and Louise and True Romance, with its two young protagonists on the lam after running away from home and accidentally killing someone. James (Alex Lawther) is a prospective teenage psychopath looking for his first person to kill. Enter Alyssa (Jessica Barden), a girl from his class who wants out of her horrible home life. With the two now a couple and on the run, will James satisfy his bloodlust by killing his new girlfriend? Or will she warm his black heart? The first season ended on a huge cliffhanger that left everything up in the air - particularly the fate of one of the show's main characters. With season two, we definitely hope to see that person return, or else we riot! Pitch-black in its humour and surprisingly sweet, The End of the F***ing World is one for those who like their entertainment with an edge.

Now for a series with bite! From the makers of the fantastic Sherlock Holmes series comes a new take on Bram Stoker's classic Dracula story. Set in 1897 Transylvania, the series follows the blood-drinking Count (the magnificent Claes Bang) as he plots against London in three movie-length episodes. Admittedly, the first season's ending will likely divide audiences as it veers into ridiculousness, but hopefully the show will be able to steer back to the strength of its first episodes if it does eventually return.

The best way to approach BoJack Horseman is to let it slowly grow on you. Chances are you won't be blown away by it from the first episode, but once you get hip to its rhythm, you'll likely find it to be one of the best animated comedy shows since Bob's Burgers (only with a lot more depth). Will Arnett voices BoJack, a washed-up '90s sitcom star who spends his days being bitter about his failures alongside his perpetual houseguest, Todd (Breaking Bad's Aaron Paul). Things get complicated when his cat girlfriend and agent Princess Carolyn (Amy Sedaris) hires ghost writer Diane (Alison Brie) to pen BoJack's memoir. Filled with hilarious characters that could only exist in drawing-form, BoJack Horseman is a real winner. Now back for its sixth and final season, BoJack finds himself at a crossroads on his road to recovery. Meanwhile, Diane moves to Chicago with her new boyfriend as Mr. Peanutbutter struggles to keep his relationship with Pickles from falling apart.

Playing like a hilariously twisted version of Back to the Future, Rick and Morty follows a whiny high schooler and his alcoholic scientist grandfather as they set out on crazy adventures across the Universe. From Dan Harmon, creator of Community, and Justin Roiland, who voices both the titular characters, Rick and Morty is an endlessly clever show that never ceases to come up with mind-blowing stories to tell. This isn't just the best animated sci-fi comedy since Futurama – it's even better. So, grab your Plumbus and strap in, because a shorter fourth season of Rick and Morty is now available to stream on Netflix Australia!

Based on the classic 1960s television series (and rather forgettable 1990s film) of the same name, Lost in Space is the latest show to get its own Netflix makeover. The space colonist family Robinson has found itself stranded on a mysterious planet once again, and it's up to them to find a way off that rock and back on course to its actual destination. Darker and more serious in tone than the original series, the new Lost in Space still offers the same sense of wonder, albeit with a new emphasis on survival in a harsh new realm. Visually spectacular. Now, Lost in Space is back for its second season, picking up as the Robinson family go searching the galaxy for the robot they've come to trust.

For the most part, people tend to meet each other purely by accident. But what if that perfect guy you've just met has actually been fixated on you from afar for quite some time? Worse still, what if the aforementioned guy is actually a psychopath who inserts himself into the lives of those he becomes obsessed with? That's the premise of the Netflix Original series You, which is now in its second season. From Greg Berlanti (Riverdale, Chilling Adventures of Sabrina) and Sera Gamble (Supernatural) comes a disturbing thriller series that sinks its hooks into you and doesn't let go until you've binge-watched the whole thing!

Want to know more about Netflix's take on binging? Watch our very own Jon Porter live on the couch discussing his time at Netflix HQ!