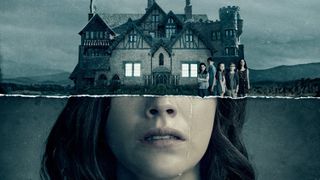 The Haunting of Hill House season 2 is on its way, but not in the form you might have expected: series creator Mike Flanagan has revealed that our time with the Crain family is over, but now we are set to inhabit a new haunted abode inspired by the famous texts of Henry James: The Haunting of Bly Manor.

The first series, based to some extent on Shirley Jackson's 1959 Gothic novel, gnawed at our psyches and proved a big hit in 2018, but the second will transport us to the dark, unsettling world of The Turn of the Screw. So we already have a decent idea of the main thrust of the season 2 story, which will definitely make us braver this time. Honest.

Below, we'll be breaking down what to expect from the The Haunting of Bly Manor story, as well as when its release date will arrive. We'll also list what we know about its returning cast, so we can properly prepare ourselves for more terrifying psychological scares.

The Haunting of Bly Manor release date is this year

You guessed it. The HAUNTING OF BLY MANOR, a new chapter in the Haunting series based on the works of Henry James, is coming in 2020. pic.twitter.com/nvhRBEfH2EFebruary 21, 2019

The Haunting of Bly Manor is coming in 2020, as confirmed by the tweet above. We don't have any more specific launch day information other than it's coming this year, but if we were betting people, we'd put our money on our next dose of Gothic goodness arriving at the spookiest time of year: Halloween. So, could The Haunting of Hill House season 2 release date be October 31, 2020?

Heading back to Vancouver to finish THE HAUNTING OF BLY MANOR, and to start MIDNIGHT MASS. 2020 is already shaping up to be pretty damn busy... can’t wait to show y’all what we’re up to.January 4, 2020

That said, it could arrive earlier: Flanagan confirmed on January 4 that he was heading to Vancouver to finish the project, which suggests the second season is at an advanced stage. Whenever season 2 lands, expect to see The Haunting of Bly Manor trailer turn up a month before launch, which is the standard way Netflix publicizes its shows.

We already know a few of the cast members for Bly Manor already, and some of them are returning despite the fresh setting. Victoria Pedretti (Nellie Crain) was revealed to be returning to the show on the show's official Twitter account, alongside Oliver Jackson-Cohen who played Nellie's twin, Luke.

However, since the Crains' narrative is now over, they will be reappearing in new roles. Thanks to Netflix, we know that Pedretti will play the governess and Jackson-Cohen will be Peter, a Bly Manor resident.

Nellie Crain may be gone, but Victoria Pedretti is returning to the Haunting universe in The Haunting of Bly Manor coming 2020! pic.twitter.com/uWoB5zdxKxJune 28, 2019

Flanagan revealed on Twitter that Henry Thomas is in for the ride in an unknown role, returning from season one where he played Hugh Crain. The director is clearly a fan of the former ET child actor: he was also cast in the Flanagan-directed The Shining sequel, Dr Sleep.

The horror supreme won't be directing The Haunting of Hill House season 2, though: instead it will be shared by up-and-coming horror directors, Yolanda Ramke, Ben Howling, Ciarán Foy, Liam Gavin, and Axelle Carolyn, Flanagan revealed on Twitter. That said, Flanagan did say he would still be "collaborating" with the new filmmakers.

The Haunting of Bly Manor story turns the screw

Before we get to Henry James, why are we leaving the Crain family? "The story of the Crain family is done," Flanagan told Entertainment Weekly. He also said that while there are other possible stories that could be pursued surrounding the family, "I felt like the Crains have been through enough [...] the show is about haunted places and haunted people, and there's no shortage of either."

Instead season 2 is based on Henry James' 1898 novel, The Turn of the Screw. The classic story - in which a governess looks after two children in a large house on a remote estate - has inspired film adaptations such as The Innocents (1961), The Others (2001), and The Turning, which arrives in 2020 and stars Mackenzie Davis and Stranger Things' Finn Wolfhard.

Like Shirley Jackson's novel, The Turning of the Screw is a slim novella, so there'll have to be plenty of additions if season 2 stretches to another ten episodes. However, as Flanagan said to EW, season 1 was always "more of a remix than an adaptation."

In other words, The Haunting of Bly Manor should entrance and surprise even James experts. "For Henry James fans, it's going to be pretty wild, and for people who aren't familiar with his work, it's going to be unbelievably scary," Flanagan told Birth.Movies.Death. Not only that, but it'll be "much scarier than season 1."

The best horror show on Netflix

Even as a loose adaptation, The Haunting of Hill House had the weight of the one of the most important Gothic texts on it shoulders, but it delivered. Its intricate storytelling and use of multiple timeframes didn't just deliver expertly choreographed scares, but also managed to be a thoughtful meditation on the madness of family. The pressure of adapting The Turn of The Screw will arguably bring greater pressure, but Flanagan and his cast have already proved up to the task.