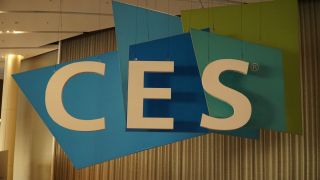 Update: The poll is closed! Thanks a ton for voting. We'll be unveiling the results for the People's Choice Poll soon, as well as what our editors thought was the Best of CES 2016. Stay tuned!

Have you seen all that CES has to offer yet? Do you think you know which product or company should win one of techradar's coveted "Best of CES" awards? Then tell us!

It's time again for the People's Choice Poll for techradar's 2016 CES Awards. This is when you get to speak for what you think is the piece of tech that is most deserving of an award.

And all you have to do is just click around a fun little poll below. Being heard has never been this easy. (Hey, a few clicks beats having to type out your nerdrage on Twitter.)

So, what's it gonna' be? Maybe the paper airplane-like Parrot Disco, or perhaps the new-and-improved HTC Vive Pre. Then again, there's the super neat Sphero Force Band for the BB-8 droid toy, not to mention the crazy cool FFZERO1 concept car from Faraday Future.