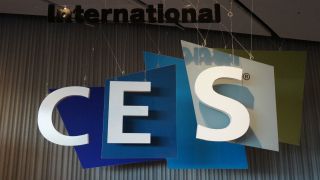 While we're here to learn firsthand what's what in the year of tech ahead, we know you folks are following right along at home. And, judging from the comments across TechRadar, you have rather strong opinions on this stuff.

So, what's it gonna be? Razer's rad head-mounted VR display? Imagine what your games would look like inside that thing. Or how about Samsung's massive SUHD TV? Sure, none of us will be able to afford it, but it sure looks awesome.

Then again, there is that LG G Flex 2 - or maybe Sony's SmartEyeglass Attach headgear. And then there's Sharp's Beyond 4K Ultra HD TV (yes, beyond 4K). Perhaps you're thinking of something we haven't even listed.

Without further ado, it's time to vote for your favorite piece of technology to come out of CES 2015. Just make your choice in the box below, and be sure to let us know how you really feel in the comments.