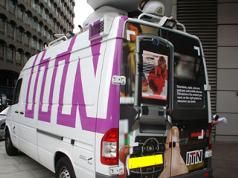 ITN has brokered a deal with universities in the UK to make some of its archive footage available online.

The clips, which date back 100 years, will be available to students as of this week under the banner NewsFilm Online, and can be found at nfo.ac.uk.

Chief executive of ITN Mark Wood said about the project: "This great video content brings the events of the past century to life.

"The NewsFilm initiative is yet another example of the rapidly expanding use of video content at all levels of education."

The amount of footage available adds up to 3,000 hours, which is around 60,000 stories. And it's not just video, either, with ITN adding 25,000 programme scripts to the website.

Footage includes the 1969 Moon landings, and news about the death of Princess Diana.

Students need to be in a university that subscribes to the service to view the content. The project is being funded by the Joint Information Systems Committee (JISC), ITN, Reuters and the British Universities Film & Video Council.