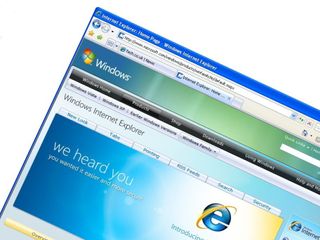 A new survey on net usage claims the majority of over 60s use the internet for checking email - and precious little else.

According to the survey from Pipex, the majority of over 60s "only use [the internet] for checking emails". Unsurprisingly, it's the younger generation leading the way when it comes to social networking. Over three quarters (76 per cent) of people under the age of 30 use their home broadband connection to regularly visit sites such as Facebook and MySpace.

The survey found older web users are more likely to spend time checking emails and using search engines. It found only 7 per cent of the over 60s download music compared with 84 per cent of 16 to 20-year-olds.

As for what else people would like to be able to do online, the contrast continued to be stark. Nearly 60 per cent of 16 to 20-year-olds wanted the ability to order a takeaway online, while 70 per cent of over 60s wanted to be able to make appointments with their doctor, hospital or dentist.

And as for broadband TV, Pipex says the uptake remains low. Just 13 per cent of its 500 respondents are currently watching TV using their broadband connection.