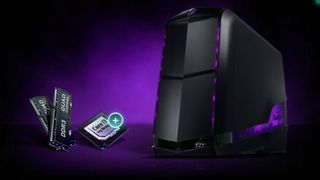 While Dell showed off its new Alienware laptops a few months back, it has now announced that its flagship Alienware gaming desktop Aurora has been given an upgrade with new processors, new graphics and a new optional ALX chassis.

Alienware Aurora is now equipped with Intel's Ivy Bridge-E 4000 series Core i7 processor, which comes with either four or six cores and overclocking speeds up to 4.3 GHz.

Along with the internal refresh, you can also upgrade its shell to a new ALX chassis, which Dell says now has an "intelligent thermal management system" for better heat dissipation.