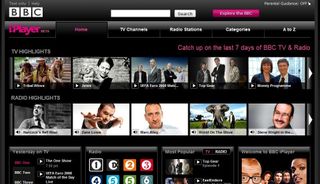 iPlayer to get Audio Description

The BBC has announced that it has made its iPlayer service friendlier to the visually impaired, by adding audio description to a number of its programmes.

Shows ranging from drama (Doctor Who, Being Human and

To make the service as easy as possible to find, the shows with description will be filed under an 'Audio described' category.

Speaking about the new service, which will be available on 25 hours of programming a week, Jonathan Hassell, BBC Future Media Head of Audience Experience & Usability, said:

"The BBC is committed to high standards of accessibility across all of its sites and services, especially popular new services like BBC iPlayer which aim to deliver the benefits of emerging technologies to all our audiences.

"We're therefore delighted that the BBC is the first broadcaster in the world to include audio-described TV programmes for our blind and visually impaired audiences in its video-on-demand service."

The BBC has said that the service is available now, so go to www.bbc.co.uk/iplayer now for more details.