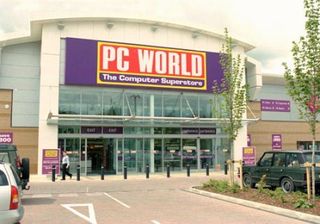 Retailer PC World says our homes are becoming "digital fortresses" as we seek to reduce the potential for ID fraud.

"Our homes are having to become digital fortresses", said Jon Naylor, PC World's customer experience director. "There are real anxieties about ID fraud and data theft, and for good reason. The thief who steals your data has a much faster and more effective route to market than the burglar trying to shift a video recorder down the pub."

This week is ID Fraud Prevention Week. PC World reckons we're concerned by four types of ID theft - the removal of information from old PCs, from our rubbish, and from online and wireless hacking. The retailer, part of DSG who own Currys, says that sales of paper shredders are also up 20 per cent.