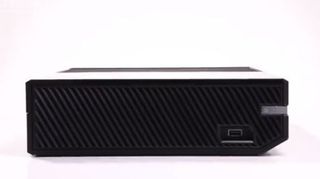 How many Xbox One owners even know about this USB port?

Those USB 3.0 ports on the Xbox One have so far been tragically underused, but that's about to change.

Xbox One owners who purchased the play-and-charge controller kit or another controller accessory have probably used the USB ports on the console's left and rear sides, but players will soon be able to plug in external storage devices, too.

Hryb previously confirmed prior to the console's launch that this feature would be added some time after release, and this is the first we've heard of it since.

Mistakes of the past

The Xbox 360 gained access to external storage through one of its annual firmware updates, but it could only take advantage of 32GB of space on external drives, even if the drives themselves were larger than that.

However, Hryb said he's not sure whether the Xbox One will suffer from the same limitation.

He also admitted he's unsure if the Xbox One will be able to play media from external drives like its predecessor.

The official Xbox One support page notes only that "USB storage is not supported at this time."

Meanwhile the Xbox One's internal hard drive can't be removed or serviced by users, much like the later Xbox 360 models but unlike the earlier ones, which featured easily removable drives.