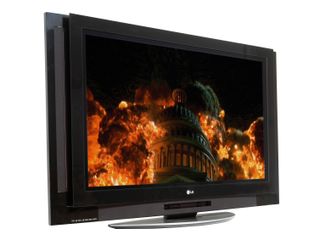 LG and Sony - accord

LG and Sony have come to a truce, with the electronics giants dropping patent disputes between them and signing a cross licensing deal.

The two companies have been at each others throats for the last three years, but have decided the time is right to let bygone be bygones, possibly in response to the escalation of hostilities between other major rivals.

"LG and Sony recently agreed to drop patent infringement lawsuits against each other," a spokeswoman at South Korea's LG Electronics said.

Aside from ending some acrimonious incidents that have seen injunctions taken out over LG phones and, back in March, the seizure of PS3s after a Dutch court case, the agreement could help insulate the companies from a degree of the current heat around patents.

With the likes of Apple, Microsoft, Google and Samsung fighting it out in the courts and headlines over patents for various technologies, consumers are likely to be the ones that suffer as profits are hoovered up by law firms and increasingly ludicrous amounts of money are spent on patents.

The acrimony and legal wrangling is showing no signs of abating, but it appears some companies are beginning to seek their own solutions outside of the court rather than keep up an ever-escalating battle with deep-pocketed rivals.