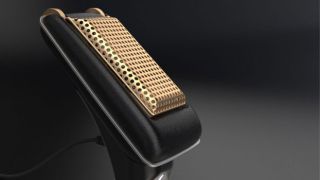 It's a good day to be a Trekkie. A replica version of the original Star Trek Communicator has gone on display at San Diego Comic Con and will be available to own in January 2016.

And the best part? It actually works as a Bluetooth headset and a speaker.

A lot of care and attention has been poured in this replica, which was built by The Wand Company and created using structured-light 3D scanning. That means it's exactly like the one used by Kirk and co.

It'll connect up with your smartphone so you can answer calls, plus you can use it as a speaker for music and it has a wireless charging stand for topping up the battery.