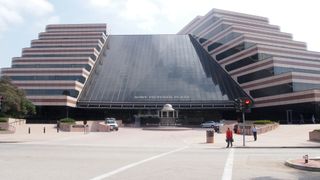 Sony Pictures Entertainment suffered an online attack last week that saw hackers infiltrate and post an image bearing a threatning message on its internal computer systems. Copies of its films have now been leaked onto torrent sites following the incident, according to reports.

The hackers apparently made off with an estimated 11TB of files following the attack. Last week, the hacker group, which calls itself Guardians of Peace (#GOP), warned Sony Pictures that it had "obtained all your internal data including your secrets and top secrets", which it threatened to leak should the company not comply to its demands by November 24.

Re/code reports that Sony Pictures is exploring the possibility that those behind the attack are working on behalf of North Korea and were motivated by the release of its upcoming film The Interview, which depicts a CIA plot to assassinate North Korean leader Jim Jong-Un.