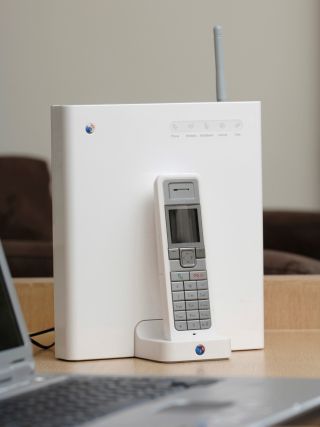 BT now has more than one million customers VoIP customers

BT now has more than one million customers VoIP customers, it announced this morning.

BT's VoIP services, including BT Broadband Talk and BT Softphone , represent more than a third of the company's consumer broadband base.

BT smashed its own target of achieving a million VoIP customers by six months, as the projected target was 12 months on from the launch of BT Total Broadband in July 2006.

Gavin Patterson, managing director of consumer at BT Retail, said: "We now have more than a million customer accounts for our VoIP services - and to achieve this in six months is nothing short of spectacular.

"UK consumers are clearly happy to embrace internet telephony when it is straightforward to use and offers great value, and through BT Total Broadband our customers are getting all the benefits that broadband has to offer," he said.

Last week, BT announced that it has broken through the barrier of having 10 million broadband customers. This figure was double the target number BT had originally projected for the end of 2006, hoping to have five million connections set up.