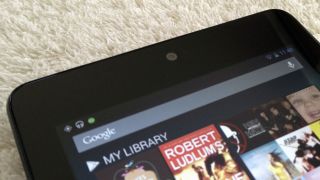 Google Nexus 7 - all part of the game plan

Google always had an eye on the hardware business, according to ex-CEO Eric Schmidt, even way back when it was just a search engine.

Speaking to reporters in Idaho, Schmidt explained that he wouldn't necessarily call Google a 'hardware company', but it has some pretty serious designs on the devices market.

As well as the Motorola manufacturing arm, Google has its Nexus range of tablets and smartphones on the market, which are actually made by Asus (Google Nexus 7) and Samsung (Galaxy Nexus) and used to showcase new iterations of Android.

The company has also recently launched the Google Nexus Q, a home entertainment media streaming device which will only be available in the US at launch – and, of course, there's its Project Glass AR spectacles which have caused quite a stir on the web.

But despite all this hardware and its new Moto-flavoured arm, Google insists it's still an "information company" above all else.