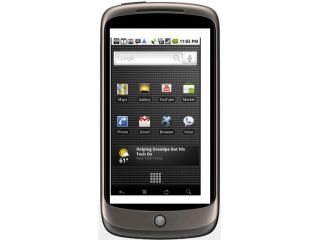 Google Nexus One can secretly record in HD

Google's Nexus One might be slightly forgotten about at the moment with the hype that's surrounding the iPhone 4 - but it still seems to have some tricks up its sleeve.

Those clever chaps over at XDA-developers have created a modified version of Nexus One firmware that now allows users to shoot in 720p video.

It's a very unofficial version at the moment, and is still in the early stages - charnsingh_online has stated in their uploading post that there are improvements to the fps and audio quality.

The video footage shot with the modified Nexus One isn't too much to shout about though - while it's recognised by YouTube as being 720p HD it doesn't look as good as other sources we've seen.

Still, it begs the question - if the Google Nexus One (and therefore presumably the HTC Desire as well) can physically take HD video, why hasn't it turned up yet?

The Sony Ericsson Xperia X10 is in the same boat - it can shoot 720p video but doesn't, although thankfully Sony Ericsson is turning on the feature with a later upgrade, so we can only hope Google is doing the same thing.

From XDA-developers via Engadget