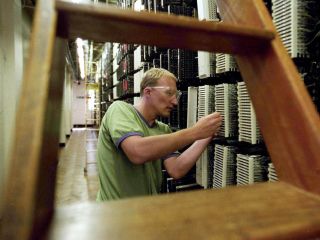 Viewers of BBC programme Watchdog have been giving the programme opinions about their broadband supplier. Over 50,000 viewers took part - and voted BT top of the pile.

Indeed, the only category the company missed out the top spot on was 'value for money', perhaps proving the old adage you get what you pay for.

BT 's top placing in the 'best providers' table was followed by Virgin.net, AOL Europe and Tiscali. Orange (formerly Wanadoo) came off worst out of the big-name ISPs, followed by TalkTalk...and BT, showing that respondents either loved or hated the phone giant. Bulldog also fared badly in terms of customer satisfaction.

Customers were very satisfied with the performance of many smaller companies such as Global, Waitrose, Zen and Madasafish.

For the purposes of the survey, Virgin, NTL and Telewest were treated separately, as the companies had only just merged.