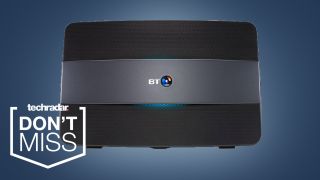 BT isn't exactly the most consistent ISP out there when it comes to its broadband deals. One minute it's freebies galore with plenty of discounts. Next, we're sat there staring at pricey tariffs and a complete lack of incentives.

Luckily, right now BT is firmly entrenched in the former option, offering both a free gift and price drop at the same time with its Superfast Fibre 2 package - but not for long, as it's set to expire on Thursday, February 20.

Coming in at a price of £29.99 a month, this fibr broadband deal from BT is £10 less than usual which means you'd be saving a whopping £240 across the entire contract. And let's not forget, on top of that, you're getting a free £80 pre-paid Mastercard you can spend practically anywhere you choose!

However this is a 24-month contract, so if the contract length feels off-putting, consult our guide to the best broadband deals from all of the different providers.

What is a BT Reward Card?

The Reward Card that BT sends out is a pre-paid credit card that you can use anywhere that accepts Mastercard. In short, that's around a million shops, cafes and restaurants around the world, so you shouldn't find it difficult to find places to spend, spend, spend.

It's an old-fashioned chip and pin card, rather than contactless. But do make sure that you claim your Reward Card within three months of installation, otherwise you'll lose out on all that cash.