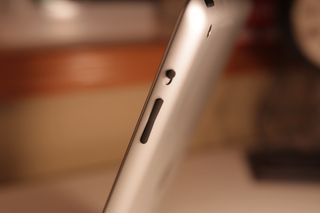 iPads will be used in 'all stages' of flight

AA's finest flyers will begin using Apple tablets 'in all phases of flight' from this Friday, according to a report from ZDNet.

The iPads will come loaded with flight manuals and electronic charts, replacing the masses of paper manuals pilots currently have to sift through.

The weight saving alone will supposedly save American Airlines $1.2 million a year in fuel and could improve on-board safety by offering an easier-to-use point of reference for pilots.

A source told the site: "By using electronic charts and manuals, the safety and efficiency on the flight deck is significantly enhanced. Both the iPad 1 and the iPad 2 have been approved for use.

"Other airlines such as United, Alaska, and UPS are also reviewing this potential, but none have been approved to conduct flight operations in all phases of flight except American.

"This FAA approval cumulates the results from a 6 month test period whereby American flew thousands of hours with iPads to test and evaluate the product."