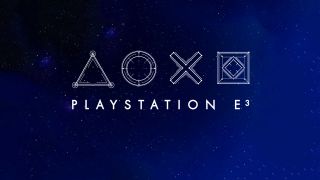 Update: We're just a day away from Sony's big E3 2018 showcase! Not sure what to expect from the makers of PS4 and PS4 Pro? Here's everything we know about Sony's plans, plus all the other things we'd like to see on Monday.

Sony’s PlayStation press conference at E3 is always an unmissable spectacle. It’s the gaming giant’s chance to puff out its chest and show us exactly what it’s planning to do to win us over for the rest of the year and beyond. And it rarely wastes the opportunity.

As it has for the past few years, Sony is coming into this show in a position of strength – the PlayStation 4 is still selling well and Sony has been pushing out some seriously successful first-party titles over the last year or so, from Horizon: Dawn to God of War.

This year we’re expecting to hear more first-party plans – both from games we already know about and entirely new announcements – and see some of those exclusive third-party reveals Sony seems to be so good at bagging.

Now that the Nintendo Switch is so beloved and Microsoft can boast the most powerful console on the market, we’re hoping to see Sony pull out all the stops for PlayStation this year.

We're not looking for a PS5 announcement, but alongside updates for games we already know are coming, we'd like to see PlayStation unveil some genuine surprises and perhaps not repeat the trailer reel of E3 2017. A little more conversation alongside all that action please. As long as Sony delivers on six of our most-wanted things to see (and hear about!) this year, we’ll come away happy.

After Death Stranding skipped E3 2017, breaking our hearts in the process, we’d love to see something happen this year. Admittedly, the more that we see and hear about Death Stranding, the more perplexed we become but that’s all part of the fun, isn’t it? What's a new trailer without a little existential crisis?

This year our ideal scenario would be to see some gameplay and perhaps have Hideo Kojima pop on stage to explain what on Earth we’re going to get up to in his creation. The huge trailer at the Game Awards 2017 was a sight to behold, but, in what seems to be a running theme for Death Stranding's trailers, it wasn’t a particularly self-explanatory one.

Given current rumors around the casting of the female protagonist, it would be an easy win for Sony to announce a big name and clear this up. If we’re being really optimistic we’d also love to see some kind of release window revealed but our hopes aren’t particularly high for that useful detail.

What's happening with PS Plus?

In March of this year, Sony announced that it would be reducing its free games offering for PS Plus subscribers from March 2019. After this date, there will apparently only be two free PS4 games on offer with no PS3 or PS Vita titles bulking the offering out slightly. Sony hasn’t, however, said that there’ll be any kind of reduction in price for the service, which actually got more expensive not too long before this announcement.

This has left some subscribers wondering what PlayStation is up to and we’d like to see some kind of PlayStation Plus-related announcement which justifies the decision, whether that’s to offer newer and more valuable PS4 games, throw in some extra PlayStation VR titles or extend new membership incentives outside of free games.

The Last of Us Part 2

We already know that The Last of Us Part 2 is going to make an appearance at E3 this year since Neil Druckmann confirmed it during the 2017 PSX panel so we suppose this is one wish that’s already halfway to coming true.

This time we’d like to see some in-game footage that stars some familiar faces and gives us a better idea of what to expect. Though our most recent trailer raised plenty of questions and got some interesting speculation going thanks to its mysterious characters, it was also graphically violent and somewhat disturbing to the point that it didn’t make us especially excited to play the game.

Hopefully E3 2018 brings some The Last of Us 2 footage that’s a little more thrilling and a little less bone chilling. Maybe we’ll even see a release date. Now that the game is apparently 60 to 70% completed and voice actors have started testing it for themselves we think it’d be pretty safe to give some kind of window we can look forward to.

When E3 rolls around, we'll be so close to Spider-Man's release date the Bugle would probably pay us for a photo. But we want more. Spider-Man is likely to be a big release for PlayStation in the latter half of 2018 and we'd love to start experiencing and seeing some real hands-on gameplay as well as get a sense of the scope of the game world.

Naturally, we're hoping to get the chance to go hands on with the game ourselves too.

What are FromSoftware and Bluepoint up to?

[Update: Now that FromSoftware has confirmed what it was up to during the Xbox Showcase this year, our eyes and hopes are firmly on Bluepoint.]

At the Game Awards  at the end of 2017, FromSoftware showed an extremely short clip of a game that it’s working on and our interest was suitably piqued. It didn't really show much apart from a gruesome device, a background of Japanese script and three words: Shadows Die Twice.

The obscurity of this trailer has left everyone with a lot of questions. Is this another Bloodborne? Tenchu? A brand new game? Is Shadows Die Twice a title or a tagline? The full stop at the end of the phrase suggests a tagline rather than a title but then there are a few games in FromSoftware's history which could fit in with this tagline.

Then there's the fact that the trailer was displayed at the agnostic Game Awards rather than PlayStation Experience which does make us wonder if this won't be a PlayStation exclusive. That said, we think if From Software is going to show anything about its game, it’s more likely to appear at the Sony press conference than anywhere else given the history between developer and publisher.

Then there's Bluepoint. After its magnificent remaster of Shadow of the Colossus, developer Bluepoint has confirmed that its next game will also be a remaster but on an even bigger scale. There's been no confirmation that Bluepoint is actually working on a Sony property so we might not see anything at Sony's E3 presentation in relation to it.

However, the last three titles that Bluepoint has worked on have been from Sony's past which sets a pretty good precedent for another PlayStation remake. There are rumors going around that this could be a Demon Souls return but with nothing confirmed, we'd take that with a grain of salt.

Regardless, we're hoping that the PlayStation E3 showcase will show something from either of these studios that have close Sony ties.

Sucker Punch burst onto the Paris Games Week stage last year with its brand new game Ghost of Tsushima and we can’t wait to hear more about it.

Having already graced Paris Games Week, E3 2018 could be the perfect time for Ghost of Tsushima to make its prime time appearance, perhaps with a longer gameplay trailer or even, if we may be so bold, a release window.

A big reason we want to see something more from Ghost of Tsushima is because it's something a bit different in a gaming landscape that can sometimes get repetitive. Sony has continued to push third-person single-player experiences in a market that's increasingly moving towards online multiplayer, so we really want to see more from a game that seems like it may offer us a single-player adventure in a fresh new world.