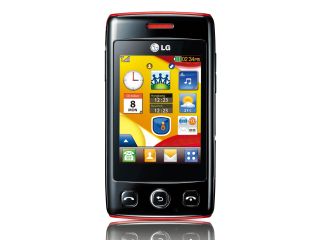 LG has decided that the Wink Series, which we brought you news of this morning, should actually be called the Cookie Series in the UK.

Despite issuing a press release to a global audience, which also had information on European launch dates for the Wink Series, LG has issued a different alert for the UK.

So, ignore what we told you this morning - the Wink, the Wink Style and the Wink 3G will now be cunningly named the Cookie (not to be confused with the other Cookie), the Cookie Style and Cookie 3G.

Generation Z - we still have no idea what this is

They will still have the same bog-standard specs, including the 'fun cartoon user interface' for 'Generation Z'.

But there's a little snippet of news for the UK we didn't get this morning: the UK release date is now September, although we still don't have the crucial UK pricing yet.

So, forget winking in the UK - apparently we're much more responsive to the idea of owning a cookie as a phone.