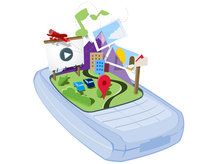 Google might be stealing the headlines with the imminent unveiling of the new HTC Dream, but its recent invitation to Asus to join the Open Handset Alliance (OHA) could be far more important news.

The OHA is the group behind the development of the Android service, and includes such noted manufacturers as Samsung, LG, and obviously, HTC.

However, all of these firms are likely to want to release a handset using the Android OS, rather than let Google brand the phone itself.

However Asus, which has been successful with its EEE PC in recent months, could be the perfect partner to manufacture a Google-phone based on the OS.

Asus has released a number of PDA-style handsets into the market, so knows how to put together a smartphone at least, and the recent EEE PCs show it knows a thing or two about making simple-to-use devices.

So could 2009 be the year when we see the Google-phone for the first time?