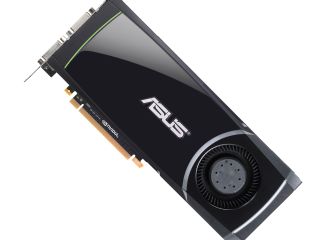 The Asus GTX580 has been revealed – bringing the latest DirectX Nvidia graphics technology.

With Nvidia's GTX 580 finally making their official arrival on Monday, the manufacturers have reacted by rolling out their latest cards.

That, Asus insists, means that this is the most powerful graphics card available with the Nvidia technology.

Asus has also added in its popular proprietary Voltage Tweak tech which gives users a "quick and accessible way to overvolt the graphics card to its limit at 1157MHz".