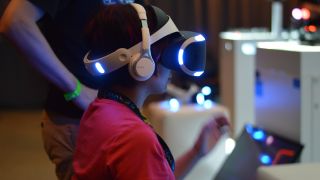 Sony has announced it is to spin off its PlayStation business into a newly-branded company.

That sounds like a lot of jargon, but Sony says that this will ultimately strengthen the PlayStation brand by bringing its talent together, promising a "bigger emphasis on developing pioneering platforms like PS4 and PlayStation VR".

Andrew House will oversee as President and Global CEO, with the new company to be based in San Mateo, California.

"By integrating the strengths of PlayStation's hardware, software, content and network operations, SIE will become an even stronger entity, with a clear objective to further accelerate the growth of the PlayStation business," said House.

PlayStation is one of the shining beacons of Sony, which is struggling in the mobile and TV divisions right now.

While the new announcement might not reap any significant rewards for consumers immediately, we can understand why Sony wants to do everything it can to keep PlayStation as strong as possible.