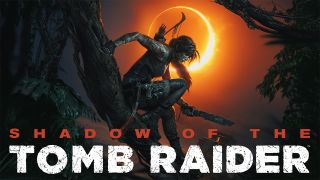 Lara's latest adventure is finally here and we're here to help you find the best Shadow of the Tomb Raider deals and prices on PS4, Xbox One and PC. If you're eager for bonus tomb raiding, we've tracked down the latest prices for the DLC-packed Croft Edition too. Not sure which one you want? We'll let you know the differences below.

Shadow of the Tomb Raider is the third part of Crystal Dynamics' reboot trilogy. So if you've not played the 2013 Tomb Raider and 2015's Rise of the Tomb Raider you might want to take a look, although in all honesty we're not talking the most complicated of stories to catch up on if you just want to dive into the newest adventure.

The third game takes the action to the jungles and ancient ruins of South America, a location we've warmed to considerably after the chilly climes of Siberia last time out. Lara must once again race to uncover ancient secrets before the sinister Trinity organization get there first and use them for nefarious means. So expect to spend your time working out elaborate tomb puzzles, lurking in the shadows (murderous stealth options are more abundant than ever), loosing arrows from above and sprinting across disintegrating platforms that somehow survived the ravages of time of time but not a rampaging Croft.

Want to know more? Be sure to take a look at our full, spoiler-free Shadow of the Tomb Raider review. Or take a look at the latest prices and deals below and get involved!

If these deals aren't low enough for you today, we think Shadow of the Tomb Raider is a prime contender for a Black Friday deal. So it may well be worth hanging on a little.

As with any big release video game nowadays, there's a special edition to consider. Shadow of the Tomb Raider: Croft Edition is the most common version - the fanciest version with a statue sold out on Square Enix's site ages ago.

The Croft Edition's main appeal is the inclusion of the season pass, which will grant you access to the forthcoming DLC. This includes an extra seven tombs, with 'narrative side missions'. Other season pass content includes seven outfits and seven extra skills. There's more content besides to justify the Shadow of the Tomb Raider: Croft Edition's higher price including a soundtrack and an outfit/weapons pack. US gamers also get a steelbook game case, but other territories don't for some reason. Rude, Square Enix.

If you don't want to spend this much at launch though, the season pass is available to buy separately. Hey, if you leave it long enough you'll probably be able to get it for much less in a future sale further down the line, once the content's already out and you can check the reviews to see if it's worth your time and cash. If you're ready now though, you'll find the latest prices below for every platform.

In the US, there isn't a Shadow of the Tomb Raider Xbox One bundle, but there is one for the upgraded Xbox One X. That'll cost you $499 at the Microsoft store.

As things stand there are no bespoke PS4 or PS4 Pro bundles with Shadow of the Tomb Raider.