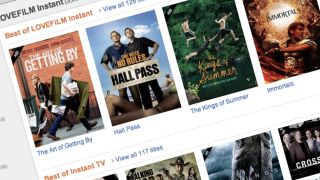 The shows in question include Amazon's first full-length (yet to be announced) drama series and the rest of Amazon's slate of five new comedy and drama pilots scheduled for next year.

The 4K shows will be available on Lovefilm in the UK and on Prime Instant Video in the US, although Amazon is fuzzy on the details like, say, how much bandwidth these bad boys are going to need.

It's good news, though, as while this year has been big on 4K-capable hardware, we're still being deprived of much in the way of actual stuff to watch in the super high resolution format.

There are currently a handful of 4K Blu-ray discs on the market, as well as some games.

You'll obviously need a 4K-capable television to watch Amazon's 4K shows - and hey, look, what's this? It's only a round-up of the best Ultra HD TVs around.