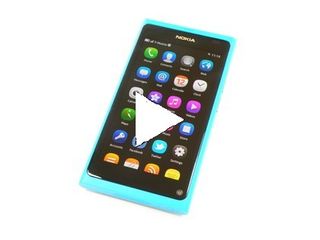 TechRadar's video hands on with the Nokia N9

We all knew it was coming - the first MeeGo-powered smartphone from Nokia, emerging in the shape of the N9.

We spent some time with the Nokia N9 to test out its new MeeGo user interface, including a split home screen that covers multi-tasking, a list of applications and notifications.

The speed of the 1GHz processor was impressed, especially compared to Nokias of the past, and the polycarbonate chassis really sits well in the hand.

In fact, the whole pseudo-buttonless design of the Nokia N9 is impressive, and it will come in magenta, cyan and black, with the colours scheme running the entire way through the chassis to stop unsightly scratches.

Here's hoping this isn't the one and only MeeGo phone from Nokia, as it's actually rather good - so check out our video hands on to see the new phone in all its glory: