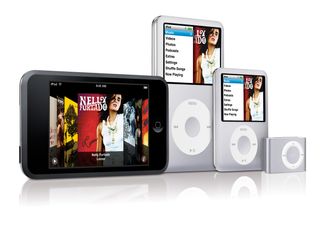 iPods should hold 300,000 tunes or more according to new nanotech research

A team of nanotechnology researchers up in Glasgow claims to have made a major breakthrough in developing portable data storage systems with considerably more memory capacity than current devices.

Professors Lee Cronin and Dr Malcolm Kadodwala's allege that the storage nanotechnology they are developing will hold 150,000 times the amount of current models.

Professor Cronin said: "What we have done is find a way to potentially increase the data storage capabilities in a radical way."

Prof. Cronin added: "We have been able to assemble a functional nanocluster that incorporates two electron donating groups, and position them precisely 0.32 nm apart so that they can form a totally new type of molecular switching device."

Before we get too over-excited at the thought of iPods that hold 300 million tunes, let’s be clear that this research is at an early stage.

The researchers were not able to give a timeline as to when we might expect to see commercial applications of their work, but merely said the research had confirmed that "conceptually that this is possible".