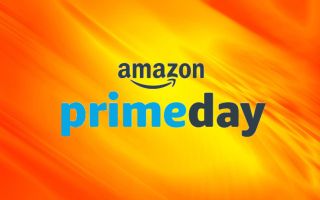 We're well into the final day of the 48-hour sale now, but you might be wondering how much time you have left to take advantage of these super low prices? Well take a look below and we'll answer the question of exactly 'when does Prime Day end?'

Well take a look below as we've given the rundown for multiple countries as there are some slight variations in the times due to some nations straddling multiple time-zones...or blatantly helping themselves to another countries' deals. Yes really.

We'll also tell you how to sign up to an Amazon Prime trial if you've left that super late too so you don't miss out on these exclusive member-only discounts. Plus, there are links to our Prime Day roundups where we'll tell you about the best deals happening right now in the sale.

You should expect most Prime Day deals to finish at the times mentioned below. Inevitably though, we usually see a few deals hang around for an extra few days. This is usually from third-party merchants keen to cater to latecomers. If you see a great discount on an Amazon device (and there are many), or a red hot deal on a key item like a gaming console or TV, we certainly wouldn't bank on it being there after Prime Day officially ends. Wait too long and you may have to hold on until Black Friday for you next chance.

When does Prime Day end in the USA?

It's important remember that in order to take advantage of the best Amazon Prime Day deals you must be an Amazon Prime member. Not to worry though, as you can sign up for a free trial today. And if you want to stay in the know about the best savings of the sale, head on over to our Prime Day deals roundup.

When does Prime Day end in the UK?

If you're shopping in the UK, Amazon Prime Day officially ends at 23:59 tonight, Tuesday July 16. If you want to stay up-to-date on the best offers the 48-hour sale has to offer, be sure to keep an eye on our UK roundup of the best Prime Day deals.

Not signed up to Amazon Prime? Then you won't be eligible for these deals. That's ok though, as you can sign up for a free 30-day trial and enjoy the deals without paying for membership if you cancel the trial before it ends.

When does Prime Day end in India?

This has been India's best Amazon Prime Day yet as the retailer has really started to gather momentum. As in other territories, you can expect Amazon Prime Day India to wrap things up tonight around 23:59 tonight, July 16th.

We'll be sure to highlight the finest Indian Amazon Prime Day 2019 deals for you in our roundup. Don't forget, you need to be a Prime member to enjoy these exclusive discounts. You can sign up for Prime membership for just ₹129 a month.

When does Prime Day end in Australia?

Amazon is really taking its time to establish itself in Australia compared to how quickly it dominated other parts of the world. So we might finally see deals as tempting as UK and US buyers are used to seeing.

Amazon Prime Day in Australia will 'officially' end at 23:59 (AEST) on Tuesday July 16. However, Amazon will also be offering deals from the US store to Australian Amazon customers and with expedited international delivery too.

Given the time difference, this means Prime Day in Australia effectively extends beyond the official 48 hours to closer to 65, with the US deals ending around 5pm on the 17th.

That's a seriously long time to be vigilant for bargains. So how about you just bookmark our best Australian Prime Day deals page to cut to the chase throughout the big event?

You must be an Amazon Prime member to partake in the sale though. So do grab a free trial if you haven't already.