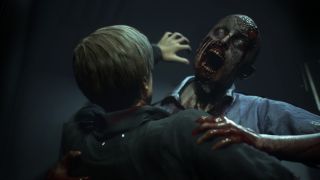 A fully remastered re-release of Resident Evil 2 was one the surprise hits of E3 2018, and even better that it’s coming to PC. Somehow the best news is the lax system requirements that were just published on the game’s pre-order page on Steam.

Luckily, fans of the seminal survival horror game who want to play on PC likely won’t have to incur a major upgrade as an extra price of entry into this haunted house. In fact, if you want an ideal – or recommended – play experience, you won’t even need a very recent processor.

Here are the minimum requirements for playing the game on PC:

And, here’s what’s needed to play the game as it was intended to look and feel:

See, those aren’t so bad, are they? Granted, you’ll need one of the latest graphics cards to play the game at recommended settings, but at least it’s one of the most affordable models.

Of course, these friendlier system requirements are likely on account of the game being released to the comparatively limited PS4 and Xbox One. Nevertheless, be grateful that it won’t take much to play the best survival horror game all over again on the superior gaming platform.