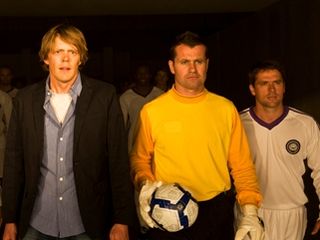 BT has announced its latest quarterly financial results, with revenue down but profits up to £446 million against last year's figures.

BT's results from April to June show revenue declined four per cent compared to last year, but operating costs were reduced by £291 million and profit was up 17 per cent to £446 million.

The company also carved £1.6 billion off of its net debt, which now stands at £8.9 billion.

"We have made an acceptable start to the year, delivering improved financial results while investing in the future of the business," said chief executive Ian Livingstone.

"In TV we are offering great value premium sports packages and can now compete on a more even playing field.

"We hit the first major milestone in our fibre roll out, passing over 1.5m premises, and we are now running at an average rate of around 100,000 premises passed every week.

"In BT Global Services we continue to win significant contracts due to our ability to deliver a world class service to our customers.

"Despite the challenging environment, these financial results underpin our outlook for the full year."