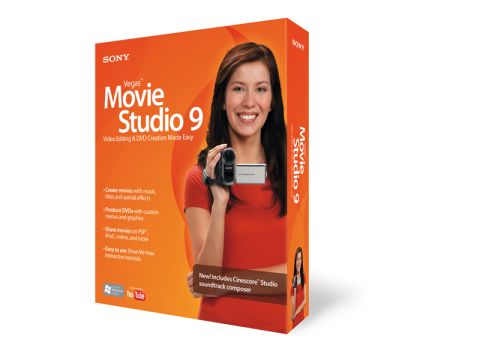 Thankfully, Sony has included some handy tutorials on Movie Studio 9 that should make the user experience that bit more straightforward

An improvemtn on older incarnations of this video software, but Sony still has a way to go to make this package more user friendly

Sony Movie Studio has previously been rather tricky to master.

However, this latest version includes a larger number of tools for the the beginner.

Which clearly shows that Sony is trying to broaden the appeal of its software.

The interface is busy, but there is now a Show Me How tutorial, which moves you around the screen and highlights each component in detail.

This tutorial also shows you how to use the new Import tools, which now include drag-and-drop support, as well as how to handle effects and add audio to your movie clips.

The Platinum addition supports Blu-ray and HDV/AVCHD, something the cheaper suites in the range don't, so if you want to edit in HD, choose the right version.