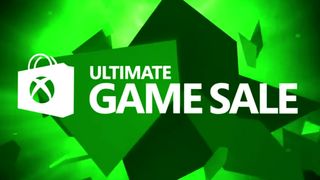 Update: The Ultimate Game Sale is on now! Head to Microsoft's dedicated page to get all the great Xbox game deals.

As the Steam Summer Sale rages on and PlayStation players enjoy Sony's Mid-Year Sale, Microsoft is jumping off the savings sidelines to attract frugal gamers of its own.

For those with room left in their budget, Xbox has announced its annual Ultimate Game Sale, taking up to 65% (plus an additional 10% for Xbox Live Gold members) off the price of over 300 games across both console and PC.

The sale begins Friday, June 30, and runs all the way until Monday, July 10 — four days longer than Ultimate Game Sales from years' past.

In addition to console games, Microsoft is cutting prices on Windows 10 PC titles like Resident Evil 7, Gears of War 4, and Halo Wars 2. Sales were also teased for select PC mice, keyboards and headsets from manufacturers such as Dell, Alienware, Asus, MSI, Lenovo, Razer, Logitech and Kingston.

Finally, Microsoft is running a few extra promotions during the Ultimate Game Sale, including free rubberized grips for controllers made in Xbox Design Lab and sweepstakes for in-store gift cards, gaming equipment and more.

We've asked the Xbox team for further details about the availability of its upcoming Ultimate Game Sale, and will update this story if we learn more. Until then: happy savings!