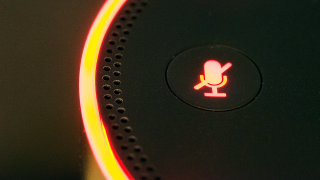 After numerous reports that Samsung is developing an Amazon Echo competitor equipped with the company's own Bixby voice assistant, a new source has claimed that the plans have now been dropped.

Speaking to the Korea Herald the unnamed source said, "Samsung currently does not view Al speakers as marketable, as the global market is already dominated by unbeatable Amazon and the Korean market is too small to make profits."

Earlier this week, Samsung rolled out Bixby to English-speaking markets for the first time, suggesting that the voice assistant has a future, just not necessarily in the home as a smart speaker.

In SmartThings, Samsung already has a robust smart home ecosystem, but it appears this is not enough to give it the confidence to take on Amazon.

Amazon Alexa already has a marketplace of 10,000 skills, allowing it to interface with everything from robot vacuum cleaners, to routers.

It will be tough for any smart speaker to catch up with Amazon's hefty lead, and it looks like Samsung doesn't think the fight will be worthwhile.