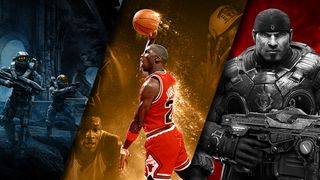 Update: Xbox Games Pass has now launched for all Xbox owners today after a period of testing for Xbox Live Gold members.

That means that from today everyone can sign up for an Xbox Games Pass membership right here, and get a free 14 day trial to start them off. Upon signing up, you'll get access to a changing catalog of more than 100 games which at the moment includes titles such as Bioshock Infinite  and Halo 5: Guardians.

If you're interested in signing up, it's worth bearing in mind that the games are downloaded rather than streamed so you may be interested in checking out our picks of the best external hard drives to make sure you have all the memory you'll need.

Xbox has announced a brand new gaming subscription service called Xbox Games Pass that will give users access to a library of over 100 games for a monthly fee.

Set to launch this Spring, the service will have a large catalogue of Xbox One and Xbox 360 titles that will change every month in a similar manner to Netflix.

Unlike Netflix, though, the service won’t stream the games. As a result of fans expressing concern over unreliable internet connections, Microsoft has decided that games from the Xbox Games Pass library will be downloaded to your console for a “native, full-fidelity gaming experience.”

It's a wise move, avoiding the latency and buffering issues that have sometimes detrimentally affected streaming-based services like Nvidia's GeForce Now and PlayStation Now.

You’ll then have a window of 30 days to play the game offline, before you have to sign in again to continue to access it.

Microsoft has said that there’s no limit to the number of games subscribers can download (other than their hard drive space) and that though you obviously won’t own a game when you download it from the service, you will receive a discount of 20 percent on any games present in the catalogue if you do decide to buy them.

The service has only just started rolling out for members of the Xbox Insider program who will have access to a limited catalogue for the testing period.

Some notable titles expected when the service rolls out include: Halo 5: Guardians, NBA 2K16, Mad Max, LEGO Batman, and Fable III. Though you won’t need an Xbox Live Gold subscription to access Xbox Games Pass, you will still need it if you want to access any of the multiplayer modes in the games you download.

The service will be available in over 31 countries including the US and the UK.