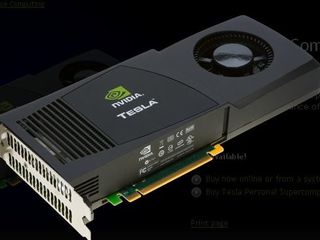 Asustek has revealed its plans for a powerful computer in conjunction with Nvidia and Chiao Tung University in Taiwan.

The Taiwanese computer giant unveiled its ESC1000 personal super at an event in Taipei, although The Register points out that it doesn't quite fit its popular billing as a 'supercomputer'.

Computerworld suggests that the computer can reach speeds of 1.1 teraflops – in single-precision floating point math.

At this point we normally ask whether it would be able to run Crysis at its highest settings, but we've probably done that joke to death.