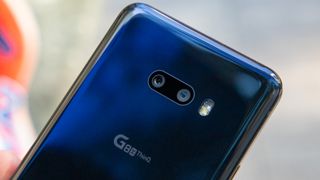 It's no secret LG has been having trouble with its smartphone wing as of late, with fewer people buying its phones, and competitors in the 'affordable' realm like Xiaomi, OnePlus and Oppo all gaining ground rapidly. However the company promises that's changing, and it has plans for a turnaround.

That's according to LG chief executive Kwon Bong-seok, speaking at a conference at tech trade show CES 2020 (as reported by The Korea Times), who pledged "LG Electronics mobile business is going to be profitable by 2021".

How will LG do this, I hear you ask – "LG Electronics will expand our mobile lineup and steadily release new ones attached with some wow factors to woo consumers". There's a lot to unpack there, so we'll examine that quote in detail below, to work out what it means for LG phones and for you.

What could come next?

The first thing to note from Kwon Bong-seok's quote is that it seems LG is set to expand its mobile lineup. We're therefore likely to see way more LG phones at various different price points, instead of the rather limited offerings that it currently puts out.

In 2019 its biggest releases were the LG V50 ThinQ, a rather pricey 5G phone, the LG G8 ThinQ, a gimmicky flagship, and the LG G8X ThinQ, a dual-screen device that you really need to buy a second-screen peripheral for to make the most of. There were a few budget options released in various regions, but in terms of high-profile releases, the V50 and G8 range were the big ones.

Since these phones were basically 'standard' Android devices with extra gimmicks tacked on that increased the price, they weren't great choices for most people. If you wanted an affordable device the phones would be a little too pricey, but if you had a little more to spend, you'd opt for a true 'premium' device.

Now it seems LG has understood its range was a little limited, and it might branch out into true mid-rangers, with perhaps some top-end flagships too, instead of straddling the line. We therefore might see 2020 bring a mid-range priced LG G9 ThinQ, and a few other phones with varying, and competitive, price tags.

The second part of Kwon Bong-seok's statement regards 'wow' factor, and to be fair LG has certainly been trying some novel features with the LG V50 ThinQ's dual-screen design and the G9 ThinQ's vein-sensing unlock, but in practice we found these less 'wow' and more 'ow', with the tech often working poorly and rarely feeling very useful.

It's likely LG has realized that some of its experiments have failed, as sales figures are a sobering splash of reality, and so the company may start to come up with some features that actually make us say 'wow'.

Perhaps it will take note from its much more successful TV and audio ranges and create phones with some impressive displays and speakers, for a great media experience, for example.

LG may be a prestige brand in the phone world, but that doesn't guarantee it success, with similar 'old guard' phone brands HTC and Sony also struggling to keep their heads above the water.

It would be a shame to see them go, since many people got their first handset from these companies, but with relatively new brands taking the phone world by storm, perhaps it's better just to let the dead die, though we still have some hope that LG might be able to turn things around.