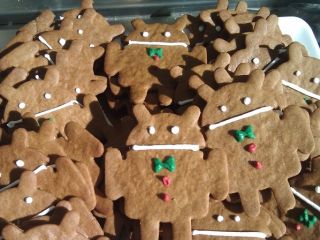 Market prepares itself for Gingerbread

Google's Android Market app store is set to get an overhaul, after it was revealed that the service's publishing interface has been given a whole host of new features.

The publishing interface is the part of Android Market which is used by app devs, and the main changes come in an improvement in graphics.

This may not sound that impressive but it may well have to do with making sure application icons look good on bigger-sized screens like tablets.

Other changes include the option to add a promotional video to the Android Market and a feature graphic.

The new updates may also point to an improved web interface for Android Market, which would be welcomed as the current one is less than satisfactory.

This is something that has been teased as far back as May at the Google I/O conference.

Just this week, Eric Schmidt showed off his very own Nexus S handset and confirmed that the next OS for Android would indeed be Android 2.3 Gingerbread.