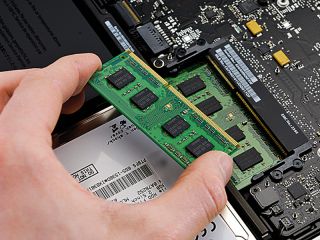 PC memory could get faster - and smaller

The prototype memory uses a process similar to 3D processors to stack vertically connected memory chips, which in turn allows them to function at 128GBps.

Micron reckons the HMC chips can function at 20 times the bandwidth of today's DDR3, and could even reach speeds of up to 160 GBps.

The chips will also operate at a mind-boggling 3.2 billion 32-byte requests per second.

If that's not enough, the modules will consume just 10 per cent of the energy per bit that current DDR3 chips use.

Staying true to its name, Micron also said that the chips will require 90 per cent less space, which could be a boon for mobile devices and laptops.

There's no word on a release date yet, and it could take Micron several years to perfect the chips - but even if it can deliver half of what it's promised, it could lead to a revolution in RAM.