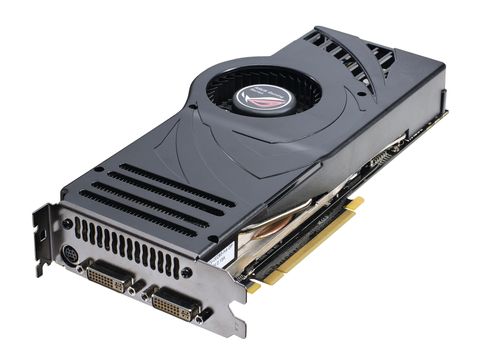 The 8800 is amazingly fast, but forget about DX10 for now

Until DX10's issues are sorted out, this will be nothing more than a very expensive performance card

Nvidia's domination of the market with DX10-ready graphics cards continues unabated, this time with the 8800 Ultra.

It's been several years since the GPU specialist has applied the term Ultra to its cards and, in the past, this has suggested greater-than-standard core clock and memory speeds.

It's no different here, because Nvidia's previous high-end card, the 8800GTX, ran with a core speed of 575MHz, and DDR3 memory running at 1.8GHz. No slouch itself, the GTX has now been outdone by the Ultra, which boasts 675MHz at the GPU, and an altogether insane 2.3GHz memory speed.

These ramped-up speed values ensure approximately 10 per cent faster frame rates in DirectX 9 3D applications over the GTX - not exactly a staggering boost given the card's £480 asking price. Admittedly, it's the fastest graphics card on the planet right now, but most will balk at that price point.

And for the meagre performance gains over the £380 (and soon to drop in price) GTX, the pricing is nothing short of cynical. Performance is, predictably, the best that money can buy, and unmatched by anything in AMD or Nvidia's ranges.

Certainly in the DX9 stakes anyway, where performance is stellar, you can expect to see Company of Heroes running at a good 85fps at 1600 x 1200 with high settings applied. And while it's also the leader in the DX10 version of the same game, we remain extremely sceptical about the API's current efficacy.

So what's the issue? It's that DirectX 10 is, at the time of writing, severely broken. That this card only outputs 29.3fps under DX10 at the same settings as DX9 is nothing short of outrageous. We suspect this colossal performance hit is down to a combination of embryonic drivers and API components, and we hope to see performance rise in the coming months.

But as it stands right now, DX10 just isn't fit for rollout. And given Vista's Oedipal lurch from launch to readiness, is it any wonder? This card offers stunning DX9 performance, but DX10 performance is only the best of a bad bunch.

On top of all that, the 8800 Ultra is artificially expensive. Avoid, at least for now.