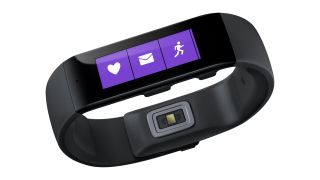 And it looks like Asus might be the first smartwatch maker to take advantage of that platform with a new gadget, the Asus VivoWatch.

The Taiwanese company filed the "VivoWatch" trademark in January, and today Notebook Italia spotted the thing going through Bluetooth certification at the Bluetooth Special Interest Group.

The group described the wearable as a "Health watch which can detect heart rate and sleep data."

The link with Microsoft is obvious in the name "VivoWatch," as Asus uses "Vivo" for Windows gadgets like the VivoTab and VivoBook.

The new Asus watch probably won't run Windows - we're still waiting on Microsoft for one of those - but Microsoft said in October that wearable makers will be able to license the Band's 10-sensor system and Health platform, and it seems Asus may be the first to do so.

Asus already has one wearable in the Asus ZenWatch, but there's definitely room for another.