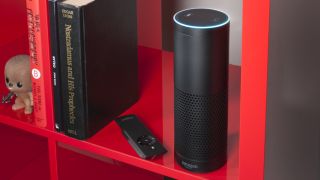 When Amazon first released the Amazon Echo, one of the main gripes we had was that Alexa, the company's voice-controlled AI rival to Siri and Cortana, acted more like a novelty than a fully functioning virtual assistant.

Things looks to be changing, however, with Amazon's announcements today that it's freeing up Alexa in hopes to build up the ecosystem.

The company has made a free Alexa SDK available, which will allow third-party developers to build their own app support for the platform.

Amazon is also opening up Alexa to third-party manufacturers with Alexa Voice Services, meaning we'll likely be seeing Alexa on non-Amazon-branded hardware in the future.

An investment in Alexa

Amazon also announced the Alexa Fund today, a $100 million investment "to support developers, manufacturers, and start-ups of all sizes who are passionate about creating new experiences designed around the human voice," the company said.

This should give you an idea of where we may find Alexa next, or at least where Amazon hopes to find its personal assistant in the future.