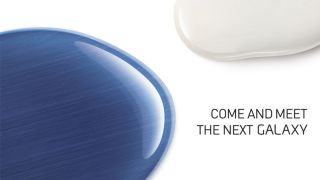 Put it in your diaries - May 3, London

After months and months of rumours, leaks, hype and excitement Samsung has finally announced that the Samsung Galaxy S3 will be unveiled in London on May 3.

Rumblings of an official invite for the Samsung Galaxy S3 launch event surfaced earlier today, and TechRadar can now confirm it has received an invite to one of the hottest events of the year.

The invite states "Come and meet the next Galaxy", at an event taking place at Earls Court in London on Thursday May 3 2012.

Samsung's hand is still close to its chest

Samsung has given nothing else away with the invite, with no image teaser of the hotly anticipated handset and no official news on any specifications.

The Galaxy S3 release is part of the Samsung Mobile Unpacked 2012 event, so we could well see more devices announced at Earls Court.

Details on the Galaxy S3 are still foggy, with rumours suggesting it could sport a display between 4.6 and 4.8-inches, run a 1.5GHz dual-core processor and pack tech such as NFC, 4G and wireless charging.

Take a look at our Samsung Galaxy S3 release date, news and rumours article, or a quick peek at the video below, for all the talk on one of the biggest phones of the year.