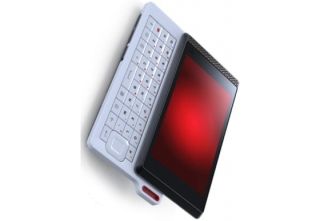 Motorola could be in line to bring out the Nexus Two, after its CEO confirmed that it will be bringing a phone to the Google store.

Sanjay Jha confirmed that the company is working on bringing 20 smartphones in 2010, and also that one will be "one direct to consumer device with Google."

Google itself hinted at such a possibility at the launch of the Nexus One (which is designed by HTC) but this is the first time we've got confirmation of another player in the Nexus game.

There have been (spurious) rumours that Motorola is working on a project, codenamed Shadow, which could turn into the Nexus Two - but given Motorola's penchant for a QWERTY keyboard, you'd have to assume it's possible that the company could be behind a more business-focused handset.

The phone will likely be unveiled in the first half this year, as Google looks to cement the new business model it's crafted in creating its own phone store.

Motorola recently posted a small profit for Q4 this year, which shows that the company previously considered to be on its last legs might still stage a miraculous turnaround yet.

Via The Street and Unwired View