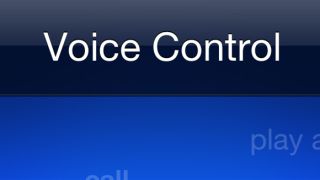 LG is developing a phone with always-on voice commands for release in 2014, or so said a report out this week.

Gotta Be Mobile spoke with three sources "who are familiar with the situation" and said that a new LG Android smartphone will feature voice commands integrated more broadly than virtual personal assistants like Apple's Siri.

The voice commands featured in the device will be designed to allow users to go hands-free more often, particularly while driving, the sources said.

The site said that voice commands will come built in on the device thanks to its use of the next-gen Snapdragon 800 SoC.

Qualcomm announced in February that the Snapdragon 800 chip will feature a low-power, always-on voice recognition system specifically for the purposes described for the rumored LG phone.

The chip maker stated that manufacturers and users can create custom phrases for the phone to listen for, but BGR suggests the default will be a simple "Hello."

That could cause some problems for users who accidentally activate their phones while trying to simply start a conversation, but that's a hill of beans at this point.