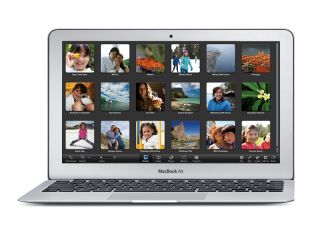 This suggestion comes despite the last MacBook Air leak claiming to be "100 per cent sure" that Apple would launch its refreshed line on Wednesday of this week (15 June).

Taiwan's Economic Daily cites industry sources, which told the paper that the new Airs will ship in late June, with 380,000 units on order.

Nothing like an Apple rumour disputing another Apple rumour that can be proven or disproven in just 24-hours' time, eh?

Oh, and something about iPad 3

Not content with speculating about the MacBook Air refresh, the sources also threw in their two-pennies worth on the iPad 3.

Apparently we're looking at a Q4 (October – December) launch for the new iPad, with image resolution five or six times higher than that of the iPad 2.

We'll take each of these rumours with a side order of salt, thanks.

From Reuters via Gizmodo