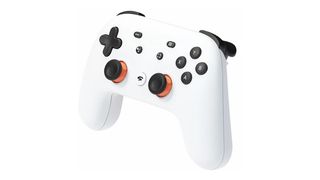 Google Stadia is launching in November and if you want access from the very first day you need to pre-order a "Founder's Edition" package from Google. On top of that, the Google Store just added the option to buy a Stadia controller on its own.

The Founder's Edition ($129 / £119) gets you access to Stadia and includes three months of Stadia Pro free of charge, a Chromecast Ultra, and an "exclusive" Night Blue Stadia controller.

There was always the option to pick up extra controllers as part of your Founder's Edition package, but now Google has put the standard controllers up for sale as well, should you have friends who want to play along.

The price of an individual controller from the Google Store is $69 / £59. Your choices of color are Clearly White, Just Black, and Wasabi.

Note that the controller itself doesn't get you access to Google Stadia: you still need to have a Founder's Edition pack as well, or know someone who's splashed out on one.

The Founder's Edition purchase does include three months of the premium Stadia Pro subscription (which usually costs $10 / £9 a month) to give away to a friend, so it's obviously those friends that this new standalone controller offer is aimed at.

It's also handy for people who've pushed through their Founder's Edition purchase already but have since decided they need another controller or two.

There's no jumping the queue with this new controller option though – you won't get any of your hardware until November 2019, when Google Stadia goes live.