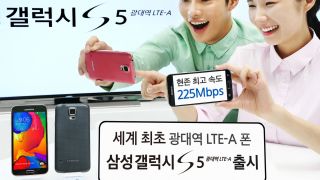 Supercharged, but only in Korea

We've heard rumours of a supercharged Samsung Galaxy S5 and it's now become reality - in Korea at least - thanks to the arrival of the Galaxy S5 LTE-A.

The 2560 x 1440 screen resolution matches that of the recently announced LG G3, but the Galaxy S5 LTE-A boasts a higher pixel density of 577ppi thanks to its slightly smaller screen.

It does leave us feeling a little bit cold though as we make do with the 1080p, Snapdragon 801, 2GB of RAM, standard 4G version of the handset - if only this was the S5 Samsung launched back at MWC 2014.

There is currently no word on whether the new variant will make it out of Korea, although we reckon it's pretty unlikely.