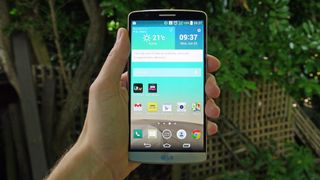 One of our most highly anticipated handsets of 2015

A fresh batch of leaks allegedly show the specifications of the upcoming LG G4, and if true it could mean that LG is preparing to release a pretty powerful handset.

Although the inclusion of the new Snapdragon 810 had been in doubt due to problems with the chipset, according to the latest rumours the LG G4 will still be rocking Qualcomm's newest chip.

The LG G4 will also include 3GB of RAM and a 16 megapixel rear camera; quite an upgrade from the 13 megapixel snapper of the LG G3.

The details of the LG G4's specifications come from an Android 5.0 Lollipop Dump file which displays system information about the device it is installed on.

Not only does this Dump file give us an idea of the hardware that the LG G4 could be using, but it also hints that the handset will come with Google's latest version of Android straight out of the box.