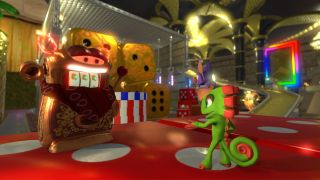 Amazon Prime has a number of services you might already know and love. There's the free two-day delivery, a music streaming service and a video streaming service that all come with your subscription. But there's also free games. Yes, that’s right. Free games.

There are a few benefits to being a Twitch Prime member, including free in-game items and no ads, but the most recent and best benefit is the free PC games each and every month, plus discounts and in-game items.

This is a great way to try out some games you’ve maybe seen streamed but haven’t had the chance to buy for yourself, totally free. Even if you’re not planning to play them straight away, it’s worth claiming them in the timeframe they’re available because even when you no longer have your Prime account they’ll be yours to play. Oh, and you'll need the Twitch desktop app too.

Twitch has offered free games before to Prime members but it can be tricky sussing out the latest and greatest downloads. That said, we’ve decided to put together this one-stop shop where you’ll be able to see the games you can get your hands on right now, as well as see the titles that have been featured in previous months. That way you’ll know whether to hold out for it to appear.

So, without any further ado, here are the free games with Prime for July 2019. And make sure you check back - we'll be updating every month.

These four games will be available until August 1, when they'll be swapped out for four new titles. Any games you download are yours to keep, however, so it's worth downloading them now even if you don't have time to play through them.